The Norn
LORE
Written by Achilles

The norn are a race of individualistic, shape-shifting hunters. They thrive in their mountain homesteads, such as Hoelbrak, by the acuity of their senses, the speed of their perception, and the strength of their bare hands. The norn are guided in this world by the Spirits of the Wild which embody the virtues of the strongest beasts.

Their large and muscled form is able to shift with the blessing of the four main Spirits of the Wild: Bear, Wolf, Raven, and Snow Leopard. Their human form should not fool you: they are about nine feet tall and their proportions are much broader and more muscled than humans. Their body mass also emits far more heat, allowing them to withstand extremely cold temperatures without much clothing.

Their racial skills are related to their Spirits, which allows them to call upon animals such as an owl or a wurm, to help them in the battle.

Almost nothing is known about the origins of the norn. A theory among the kodan Voices claims that they may descend from a group of kodan hunters that went astray during a great storm, becoming lesser creatures and losing their natural bear form for their human form. This contradicts the so-far common belief which said that the norn ability of were-transformation was gifted by Bear. On the other hand, the jotun believe that they and the norn once ruled the Shiverpeaks together, until magic was taken from them and while the jotun fell into civil war, the norn turned to the Spirits of the Wild for guidance. These theories are yet to be confirmed as facts. 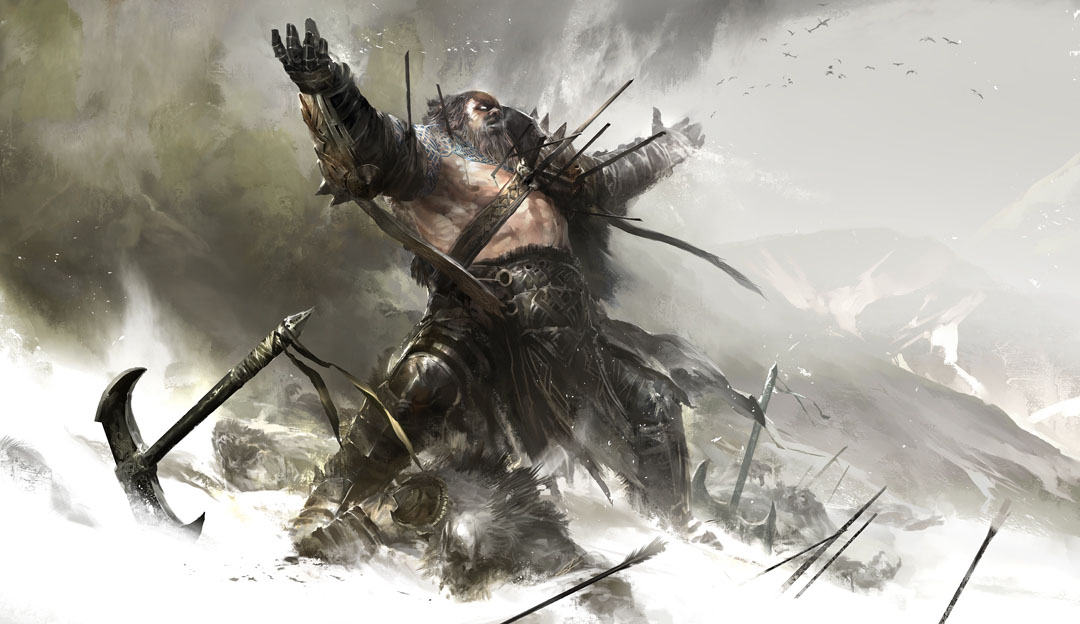 The norn have always been an individualistic, sometimes nomadic, people. This did not stop them from convincingly holding their lands in the far north against invading charr warbands. Their defense earned the respect of their opponents and thus, a cooperative peace with the charr emerged from their mutual respect, which has already lasted for about 300 years now. 250 years ago, the norn made their first contact with humanity, as well as the Elder Dragons’ minions. This took place in the years after the downfall of the Great Destroyer, during the events of Guild Wars: Eye of the North. During such time, a handful of norn were vital in fighting off the Great Destroyer, champion to Primordus, as well as killing Svanir, champion to Jormag. Though even this threat would not unite the race fully.

In the year 1165 AE the Elder Dragon Jormag awoke in the frozen Far Shiverpeaks, the northern reaches of the Shiverpeak Mountains. The Dragon forced the native races, such as the kodan, to abandon their homes and head south across the newly made seas. His minions of snow and ice, the icebrood, forced the norn to emigrate to the southern abandoned dwarven areas. There, they established their new home, the Great Lodge of Hoelbrak, found new hunting grounds, and made new enemies. They fight to this day with the dredge for dominance over these parts of the mountains.

Norn are warriors and hunters who focus on personal success and glory. Boisterous, stubborn, and passionate they are independent people who swear servitude to no single being. They are not afraid of death and the only thing that haunts their thoughts is that they may become weak and end up forgotten. They are heavy drinkers, and love to feast and hunt with the same passion as they always strive to become a hero among their people. They are also very honorable in many cases, but easily angry. Many norn are just as easy to anger as they are to forgive and forget or to become friends. They accept others for their own individual action, judging others for what they did themselves, rather than who they associate with which has led to even the Sons of Svanir whom follow Jormag being welcomed into Hoelbrak. 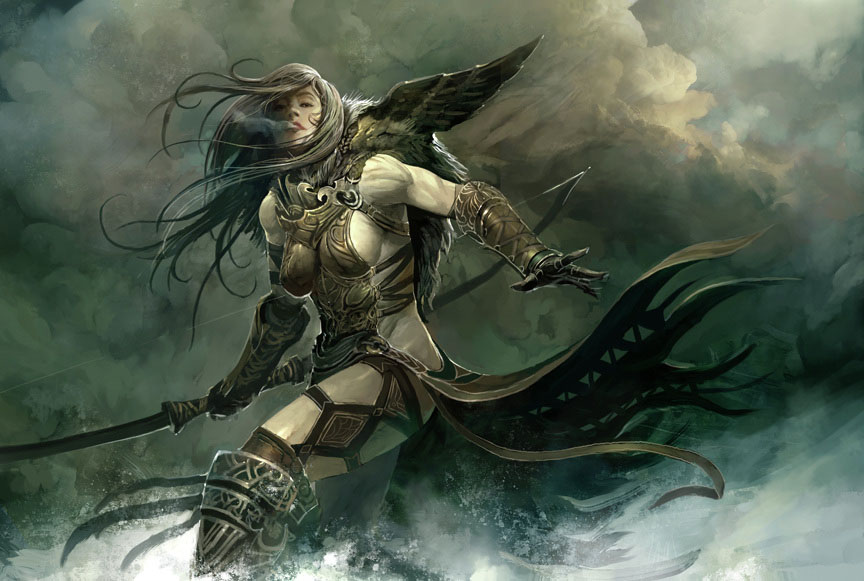 Humans believe that norn who gain respect from their peers through courageous deeds have accomplished what the norn values most, and makes them equal to the legendary norn who performed even more respectable acts. However, the norn themselves would not be satisfied with mere respect from peers, but making a legend of their own, regardless of what it is or how it was made. And among all, their legends must be known, sang by the skaalds and told well after their life ends, which they would willingly give to make their legend.

Their names originate from Norse, Finnish, and other Viking cultures.